Forces TV brings Blake’s 7 back to our screens for a THIRD run beginning on Monday 25th April 2022 with The Way Back.

Forces TV will be showing all four series of Blake’s 7 back-to-back on weeknights from 8.55/9pm, repeated at approximately 2am the following morning. There are also more chances to catch up on Saturdays and Sundays.

Unavailable for UK broadcast for many years, Forces TV worked closely with the BBC Studios to bring it back to our screens and add it to its line-up of cult series which has included UFO, Sapphire and Steel, Quantum Leap, Buck Rogers in the 25th Century and the original Battlestar Galactica.

Ahead of their first screening, Nicola Green, Rights and Acquisitions Manager for Forces TV said "We’re always searching the archives to bring the best of British sci-fi, drama and comedy back to our screens. Blake’s 7 had been on our wish list for the past few years, so we’re thrilled to be able to show such a popular and iconic series.
Science fiction holds a window to our world and the themes explored in the series are as relevant today as they were in the 1970s. We can’t wait for the series to start so we can introduce it to a new generation."

Often viewed by over 10 million people when it was originally broadcast on BBC1 between 1978 and 1981, Blake’s 7 has been praised for its dystopian themes and strong characterisation." 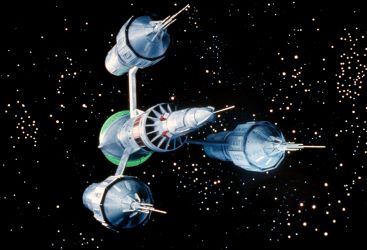