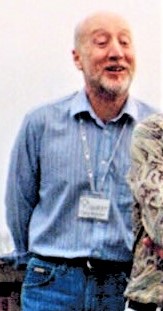 Chris was the Script Editor for all 52 episodes of Blake's 7, as well as writing nine episodes: Shadow, Weapon, Trial, Star One, City at the Edge of the World, Rumours of Death, Death Watch (his favourite!), Rescue and – as he acknowledged – ruining Christmas 1981 for Blake’s 7 fans across the world with the final episode Blake.

Prior to Blake’s 7 his other television work included writing three episodes of Doctor Who – Robots of Death, Face of Evil, and Image of Fendahl, as well as creating the character of Leela. He also wrote 4 original Doctor Who novels, including Corpse Marker, bringing together the worlds of Doctor Who and Blake's 7 by including the character of Carnell – created for his Blake’s 7 episode Weapon – perhaps the only ‘official’ B7/DW crossover!?

After Blake’s 7, Chris went on to create his own science fiction series Star Cops. It was originally devised for radio, but became a TV series, and he lived to see Big Finish bring it to life once more with brand new audio stories for a new audience to enjoy.

Chris also worked as script editor on series including Bergerac, Shoestring, The Bill and Juliet Bravo, as well as writing comedy and drama for television and radio. 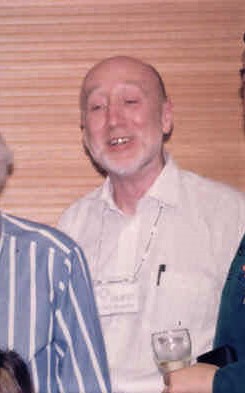 Thank you, Chris, for your pivotal role in making Blake’s 7 such a wonderful and unforgettable series. Sadly the 'rumours of your death were not exaggerated', but your work will live on in our videos, DVDs, CDs, books and in our hearts. Those of us fortunate enough to have met and talked with you know how very lucky we were.

Our sincere condolences to Chris's wife Lynn, and his sons Luke, Nathan and Daniel.

Click here for an excellent obituary in The Guardian, by Toby Hadoke Guardian Obituary

Photos taken by Pat Harris, photographer for Deliverance ’98, the Blake’s 7 20th Anniversary convention at which Chris was one of the Guests of Honour.
Current Poll
Which is your favourite B7 series?