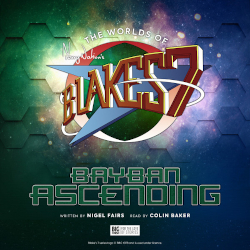 You can tell when someone's enjoying themselves. There's a different energy about everything, not least their voice - and you can certainly hear that in Colin Baker's reading of this book. I wouldn't say he 'narrates' so much as 'embodies' the story, with a range of accents, tones and voices, each character recognisably Colin yet distinctly different from each other. There are plenty of them, too. 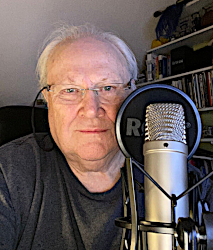 Olana Serris is a delightful caricature whose rags to riches transformation is, in her opinion, the least she deserves after what she's been through. Olag Gan makes a pre-The Way Back appearance, in Nigel Fairs’ version of the events that led him to Cygnus Alpha. Within the main plot there is also a coming-of-age element, as Mak Serris gradually grows from a lowly, unambitious worker to a position of authority. Meanwhile Bayban - Borrance Bayban, that is - epitomises the unkempt, unlovable and uncompromising rogue that we might expect from someone who carries that family name.

As a story, it's a simple enough plot: the hero is tasked with finding parts of a mysterious artefact. Wound around this are glimpses of a society ruled by the Federation, the corrupting influence of power and the devastating effects of drug addiction. That said, it's also an enjoyable romp through some endearing - and not so endearing - characters and themes from the B7 universe.

There were a couple of places where the story jumped into a new scenario with little supporting explanation, while at other times the introduction of a new character sent the narrative into a tangential backstory for a while. Sometimes it felt as if the author struggled to come up with names for them all.

After the frenetic pace and plot twists of the recent full-cast Big Finish audio dramas, it comes as something of a relief to listen to a full-length audio novel (the running time is over seven hours) with proper narrative and descriptive passages alongside authentic dialogue. That's not so say there aren't surprises along the way - some of them quite bloodthirsty. I'd give this a 12+ certificate, but overall it's eminently entertaining.

Colin Baker triumphs throughout by being himself, displaying his acting skills through the written word as much as in any other performance. I would say he's one of the best story readers ever.

Bayban Ascending is available on Download from Big Finish. Their full range of Blake's 7 books, audio dramas and audiobooks can be found here: B7 Hub
You can read our spoiler-free reviews here: Reviews.
Current Poll
Which is your favourite B7 series?