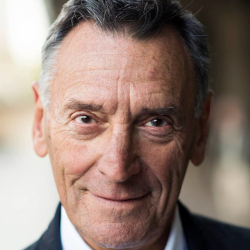 We are deeply saddened to learn that Stephen Greif passed away on 23rd December, after a short illness.

Our thoughts are with his family, his friends and legions of fans.

Stephen's sons Joseph and Daniel have released the following statement:

"It is with great sadness that we share the passing of Stephen Greif, award-winning RADA trained actor and voice actor in television, stage, film, radio and talking books.

Stephen is most familiar for his roles as Space Commander Travis in the cult BBC Sci–Fi series Blakes 7, Harry Fenning the gangster publican in three series of the BBC sit-com Citizen Smith, Signor Donato the opulent merchant in the movie Casanova, and as the rich playboy in the series of Kenco commercials.

A multi award-nominated National Theatre actor and Royal Shakespeare Company actor over many years, he appeared in Stratford-upon-Avon and America, and as a West End actor in numerous productions including as Dr Fine in Six Degrees Of Separation at The Old Vic, and as Barney Evans in George Dillon with Joseph Fiennes at The Comedy (now Harold Pinter) Theatre. 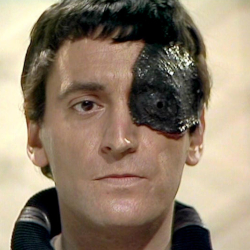 Stephen worked extensively with Laurence Olivier in the early stages of his career. He received acclaim for his performance as Biff (opposite Warren Mitchell) in Death of a Salesman. In recent years he has appeared in The Crown and The Alienist, and has performed with Fenella Fielding and Dame Siân Phillips in the theatrical piece Just A Little Murder.

Stephen is survived by his twin sons, Joseph and Daniel, and will be much missed.